How is there no topic for this already. Anyhoo… they released one screenshot today and… I didn’t think the PS4 version was ugly until it got compared to this. 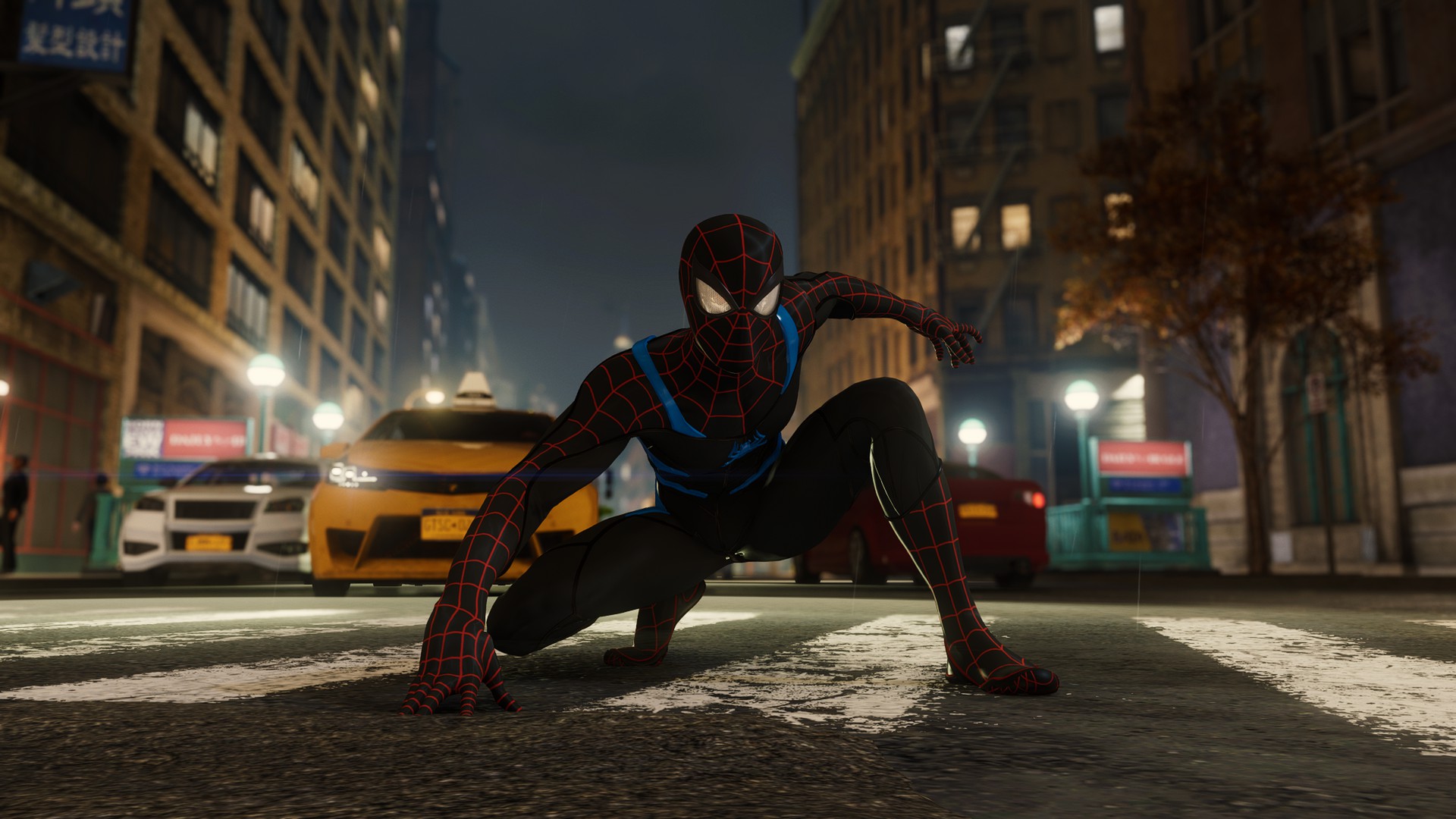 Just look at all that sweet, sweet ray tracing.

Whoa, they dared to put puddles in the screenshot? Is that from a playable build, or is that straight from Insomniac? Either way, they must be pretty confident if they are including groups of shallow standing water.

Just to be fair, the lighting for the early screenshots of the PS4 one looked much better than release as well: 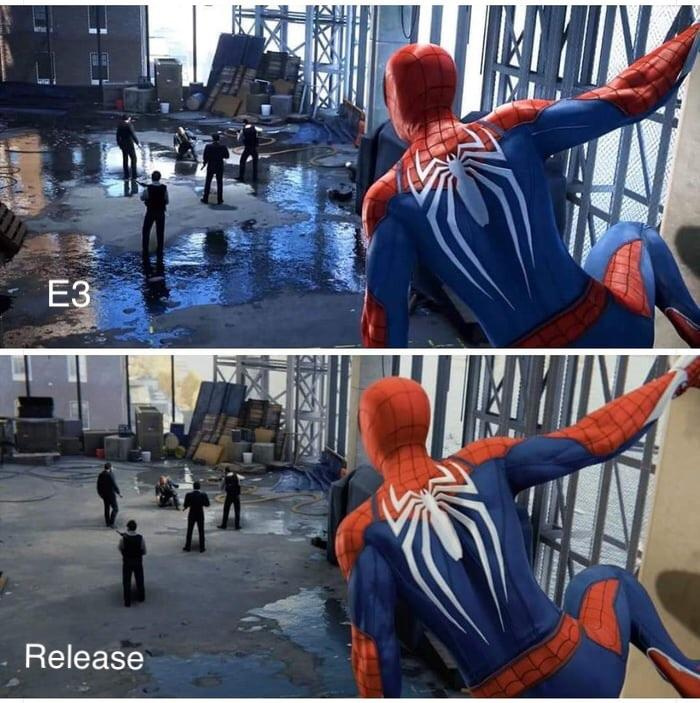 Marvel’s Spider-Man: Miles Morales will be launching on 11/12 US and 11/19 everywhere else on PS5! And guess what? We’re releasing the game on PS4 as well! #SpiderManPS5 #MilesMoralesPS5 #MilesMoralesPS4 #BeGreater #BeYourself insom.games/MilesDemoBlog https://t.co/qbSiqxPeTY 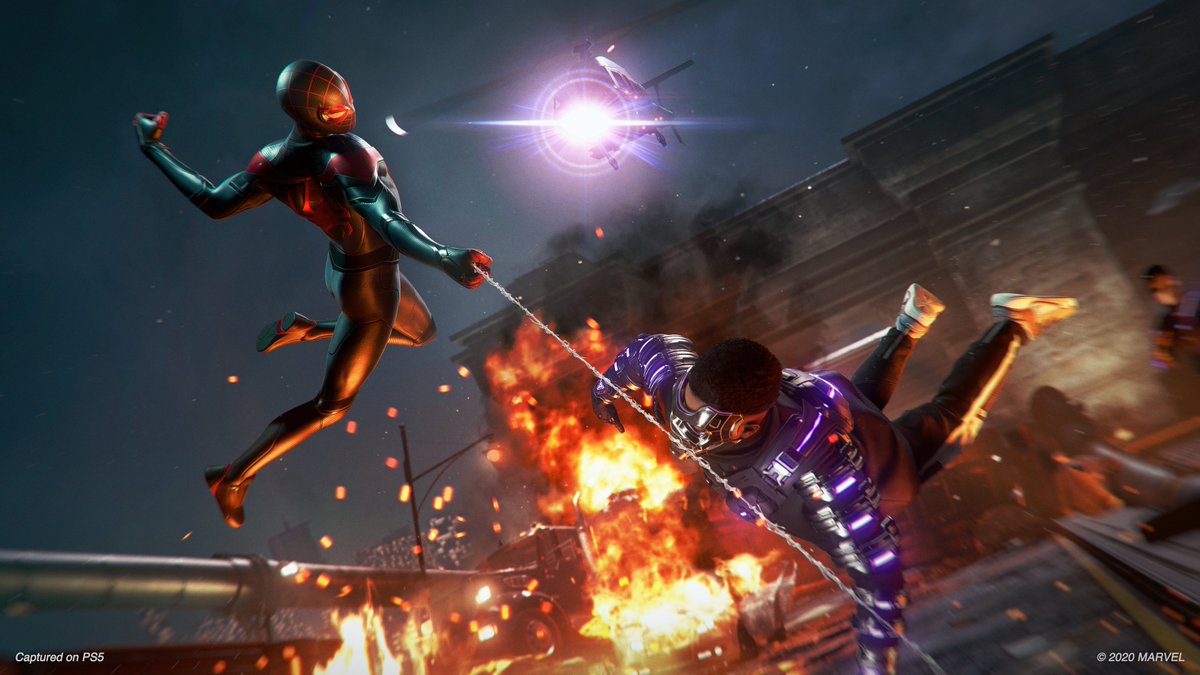 Launch title and on PS4 too. 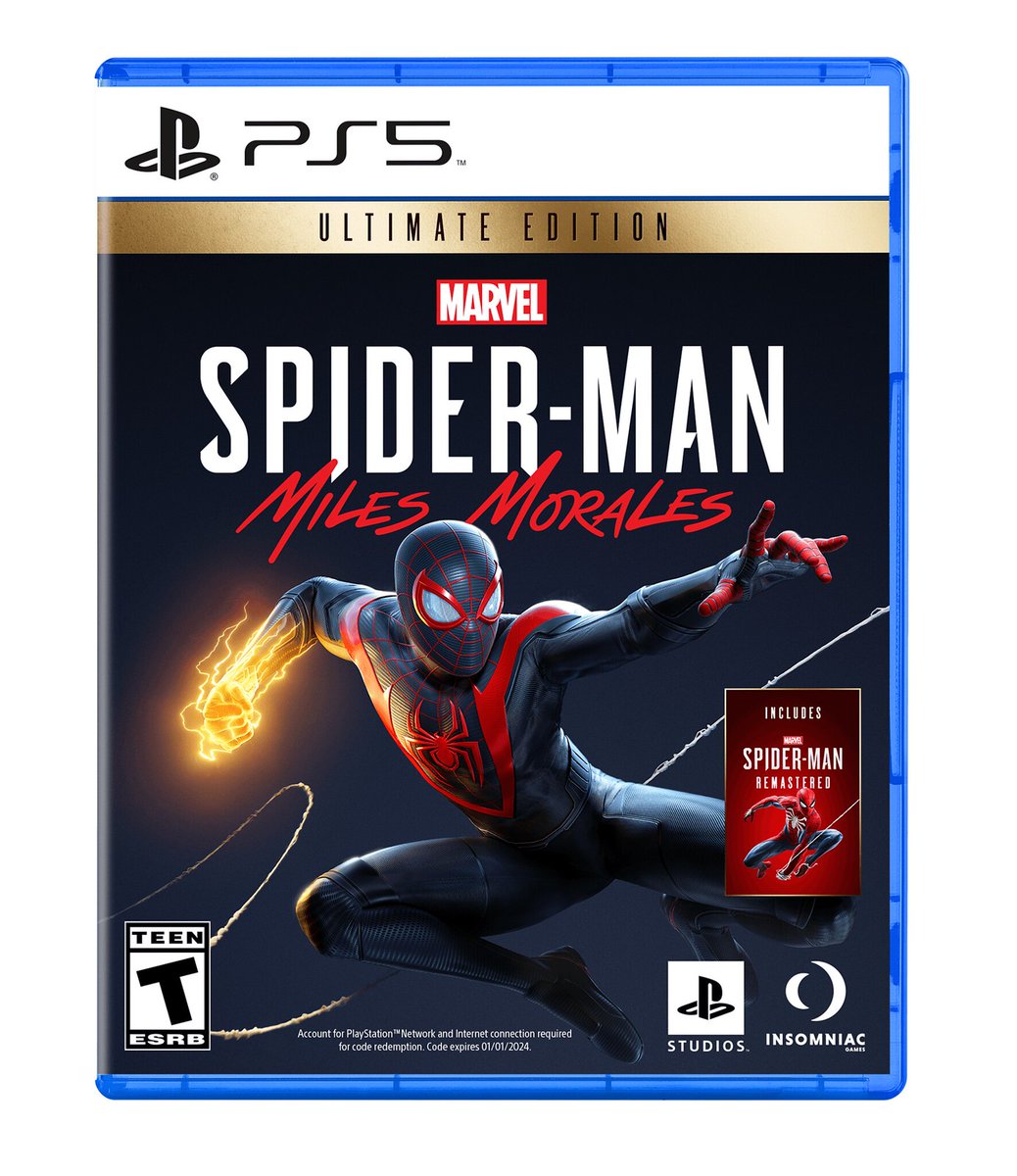 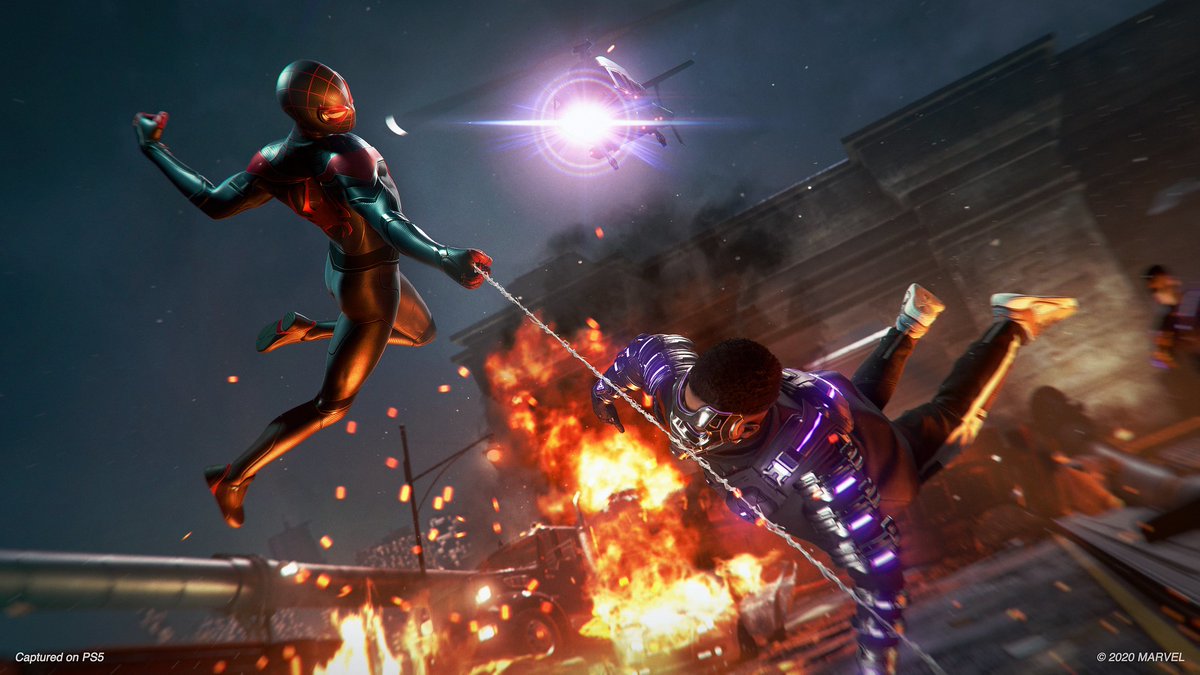 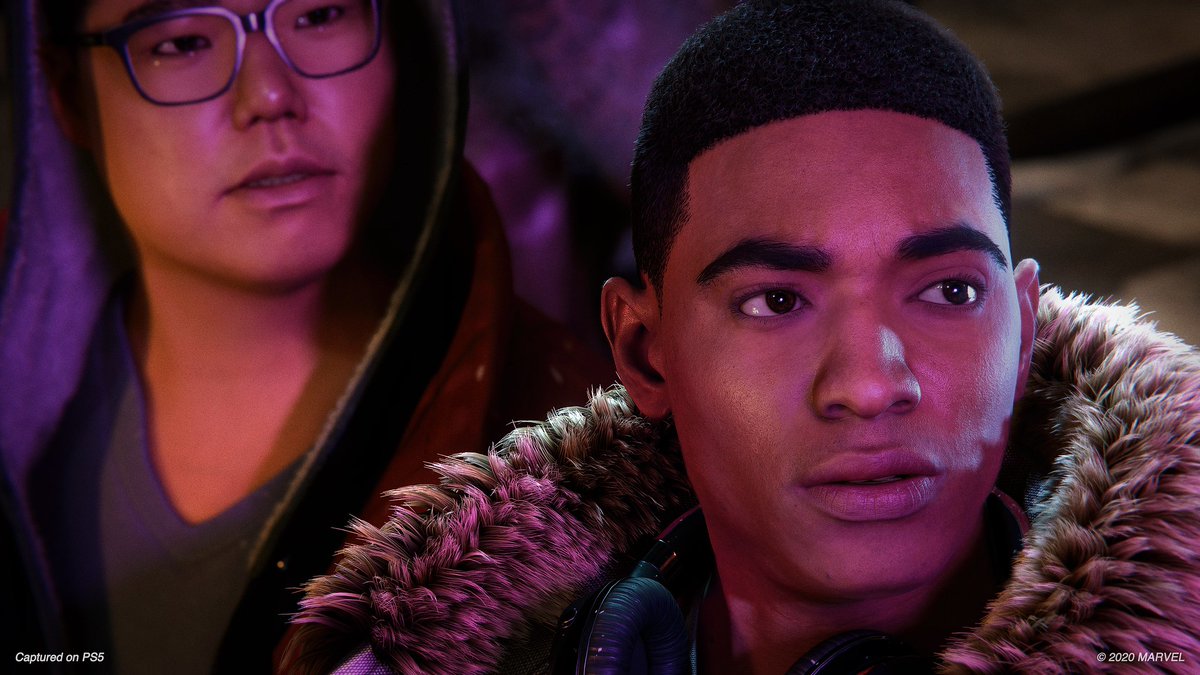 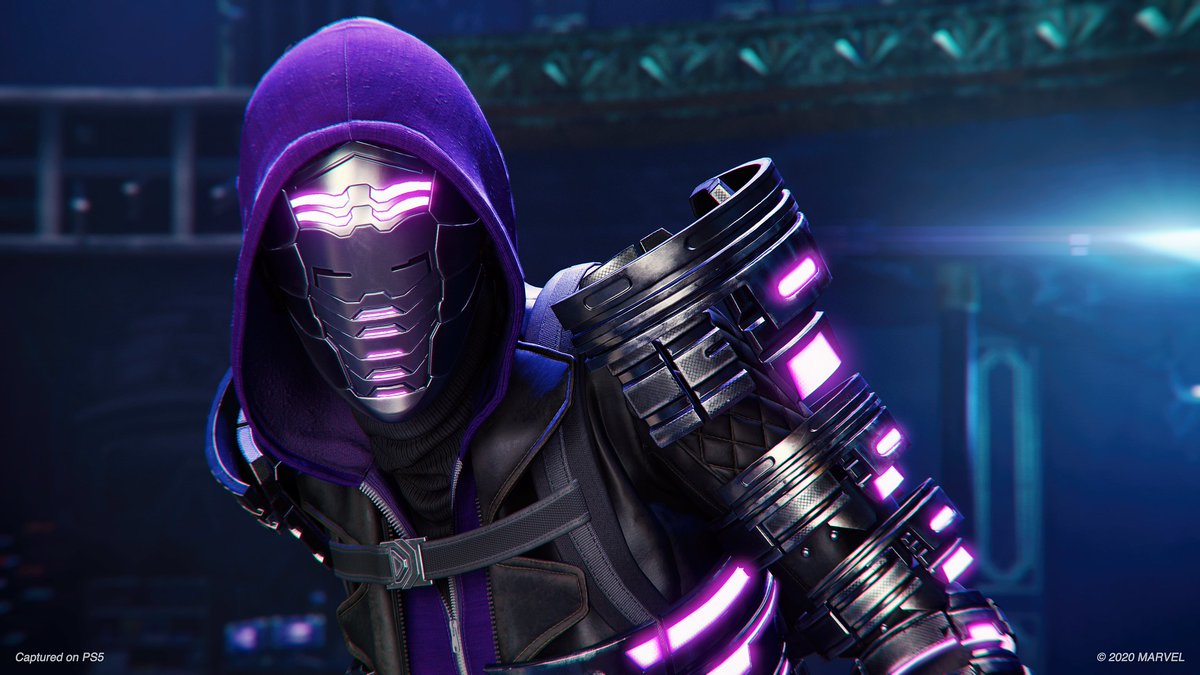 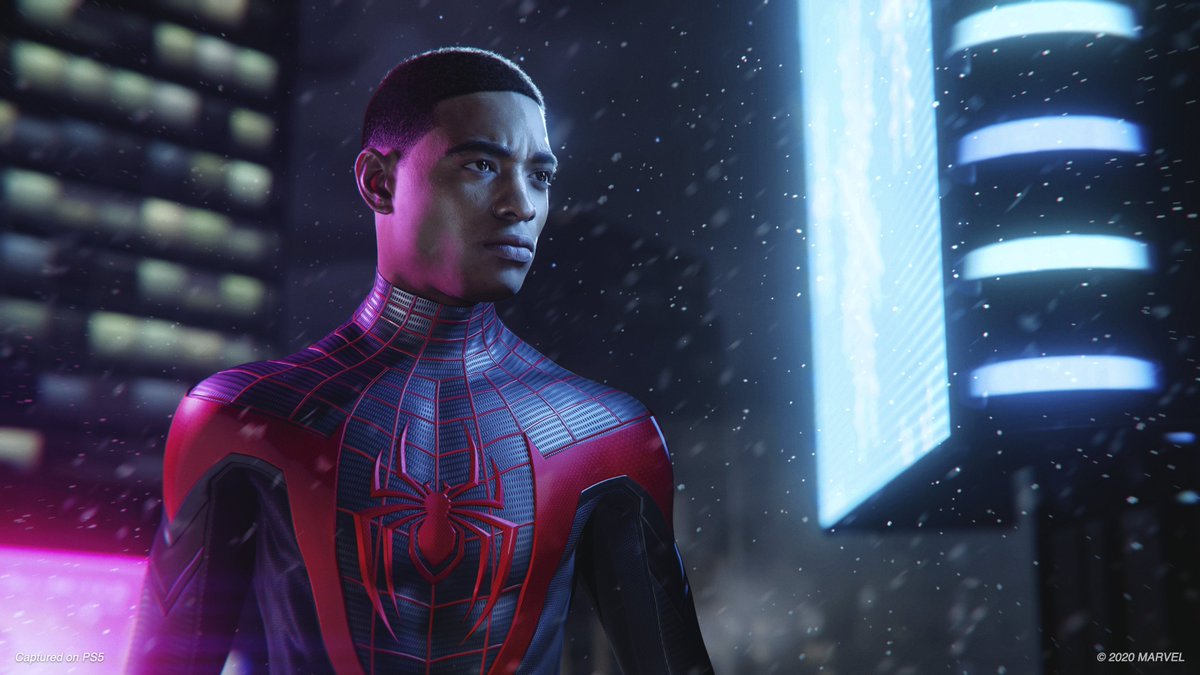 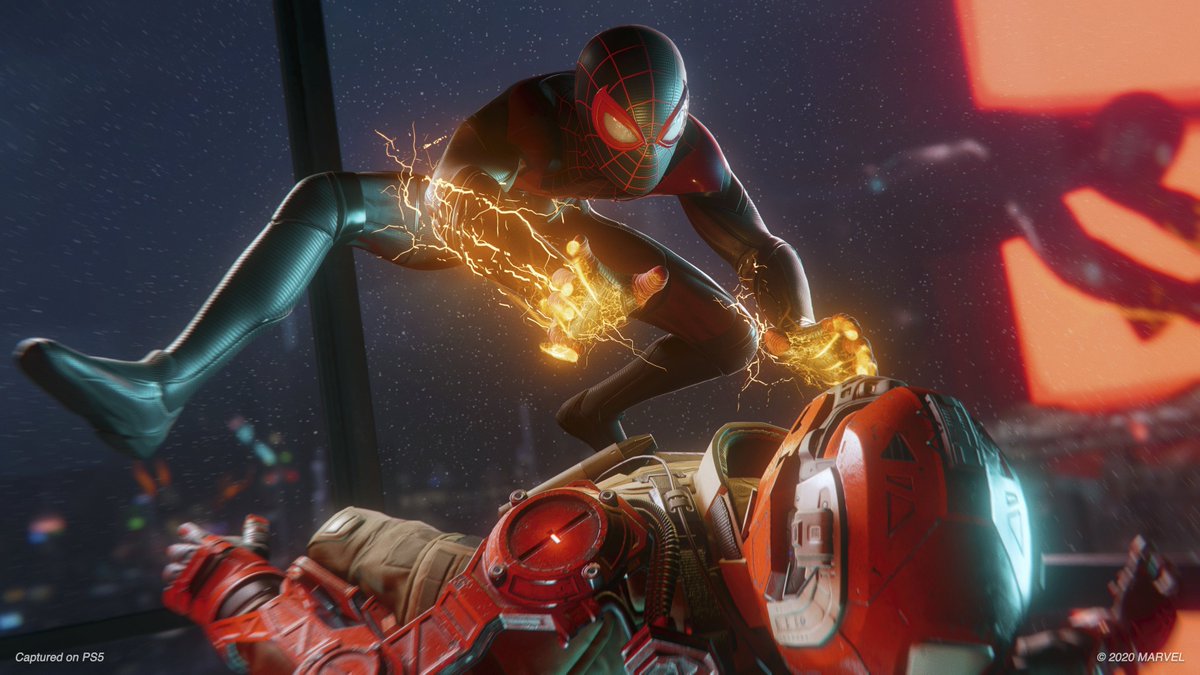 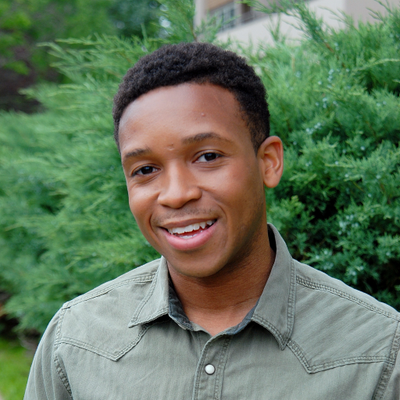 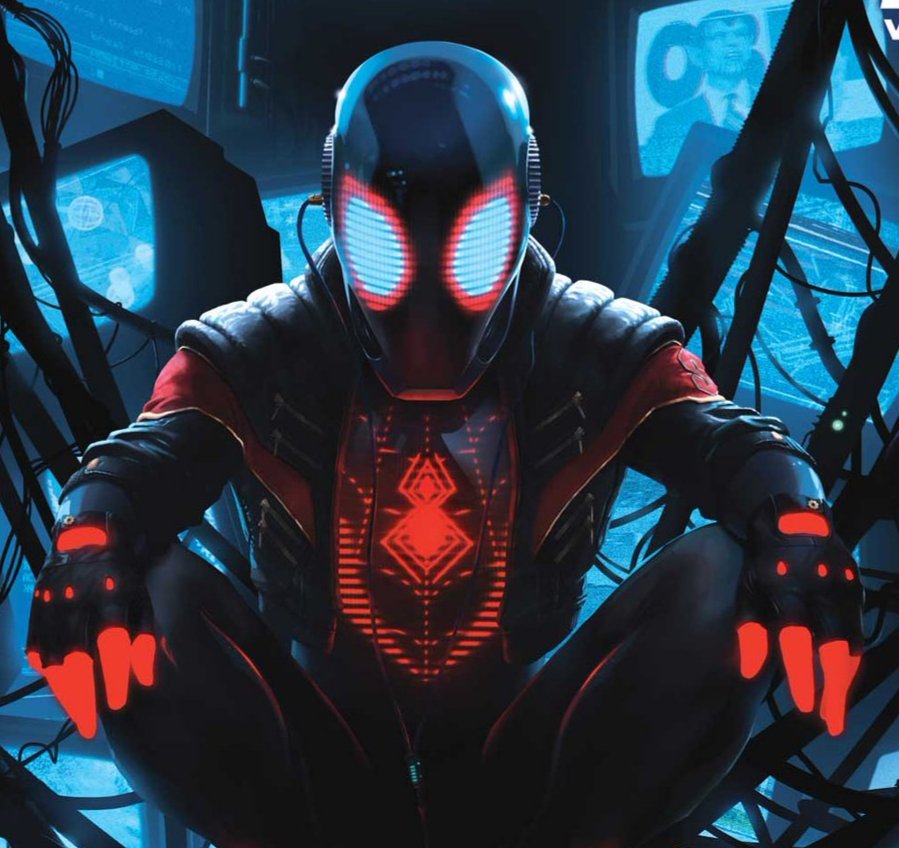 Was it the Spider Verse costume? Because that looks awesome.

If you’re looking for a game that truly shows off what a new system can do, then there’s not much further to look than Spider-Man: Miles Morales. A visual powerhouse of a game that brings some neat new powers to a new Spider-Man, and some incredible technical advancements that brings unprecedented loading times to a new console, make for some truly impressive moments that remind you that we are, in fact, in a new generation. Oh, and the puddles look lovely, too.

Everything about this game oozes style, Nadji Jeter is the definitive version of Miles Morales thanks to his goofy and geeky take on the web-slinger. Soaring through the Highrise buildings of New York City has never looked better and the extra power of the PlayStation 5 makes things feel more alive than ever before.

Marvel’s Spider-Man: Miles Morales may not be quite as packed with content as the original, but it stands out as an essential story in Insomniac’s Spidey Universe. It earns its spot as a fantastic follow-up, telling a wonderful Miles-specific story while improving upon the fundamentals of the first game with distinctive moves and enemies. And it’s an excellent way to break in your new PlayStation 5; it looks spectacular, loads fast, and makes fun use of the DualSense controller, the directional audio, and more. But regardless of which generation you play it on, it’s a worthy followup to one of the best superhero games ever made.

It’s a bit of a bummer to see Marvel’s Spider-Man: Miles Morales trip up at certain points, but thankfully, that doesn’t happen often. The game wastes little time jumping you into Miles’ story and rarely lets up on the brakes, packing the young wall crawler’s first solo outing with more super powers and radio chatter than the game needs. And yet, despite its frantic pace, Spider-Man: Miles Morales is a compelling open-world action game that helps highlight why Miles is so special: his culture. It’s Miles’ unique differences and earnest attempts at figuring out how to protect his community that make him into such a wonderful hero, not the mask he wears and superpowers he wields.

No load times. Beautiful raytracing. The PlayStation 5 version of Marvel’s Spider-Man: Miles Morales is a technical juggernaut that continually impresses. It is the ideal way to play the game if you can. Feeling the Venom flow through the controller is quite cool. That’s not to say the PlayStation 4 version is far behind, however. Marvel’s Spider-Man from 2018 remains one of the generation’s best-looking and playing games, and this game’s performance is in lockstep with it. Fast travel and restarts bring up short subway rides and loading screens (they are instant on PS5), and the visuals may not have that next-gen sheen, but the PS4 version is still a beautiful and worthy way to experience this excellent game.

Don’t be fooled into thinking Marvel’s Spider-Man: Miles Morales is some minor spin-off of Insomniac Games’ PS4 exclusive. Sure, it’s not as long, but the experience is packed with enough new gameplay ideas and design refinements that it feels every bit like a true, substantial successor. Throw in a story that does justice to Miles as a character and tech that wonderfully showcases the power of the PlayStation 5, and you just might have one of the best console launch titles of the modern era.

Marvel’s Spider-Man: Miles Morales is effortlessly cool. The overall gameplay structure may prove samey for those who failed to fall in love with Insomniac Games’ previous effort, but everyone else will have a blast with this generous spin-off story. Great characters, tons of activities, and some epic set-piece moments round out a must play superhero romp – and with the developer on this kind of form, we can’t wait to see more of the full-scale sequel that it’s inevitably cooking up

We have heard you - in an upcoming update for #SpiderManPS4, we will add the ability to export your save to Marvel’s Spider-Man Remastered. This update will also add the three new suits from Remastered to the PS4 game. We expect to bring you this update around Thanksgiving. https://t.co/EqoKnto3FV 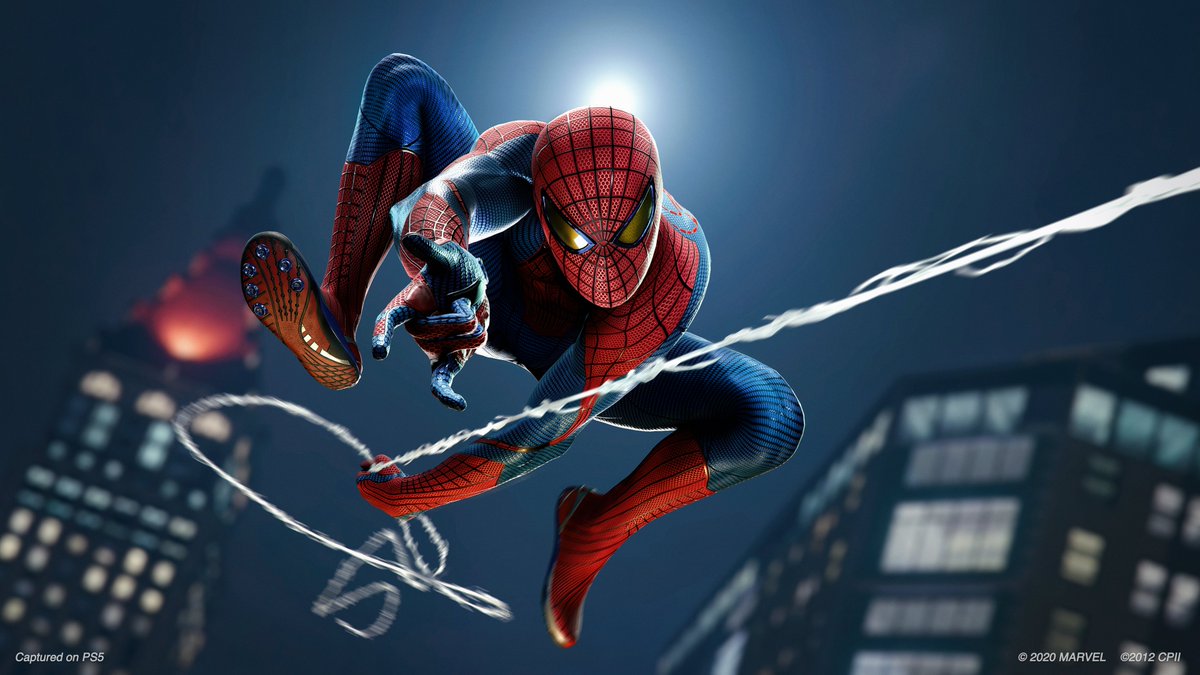 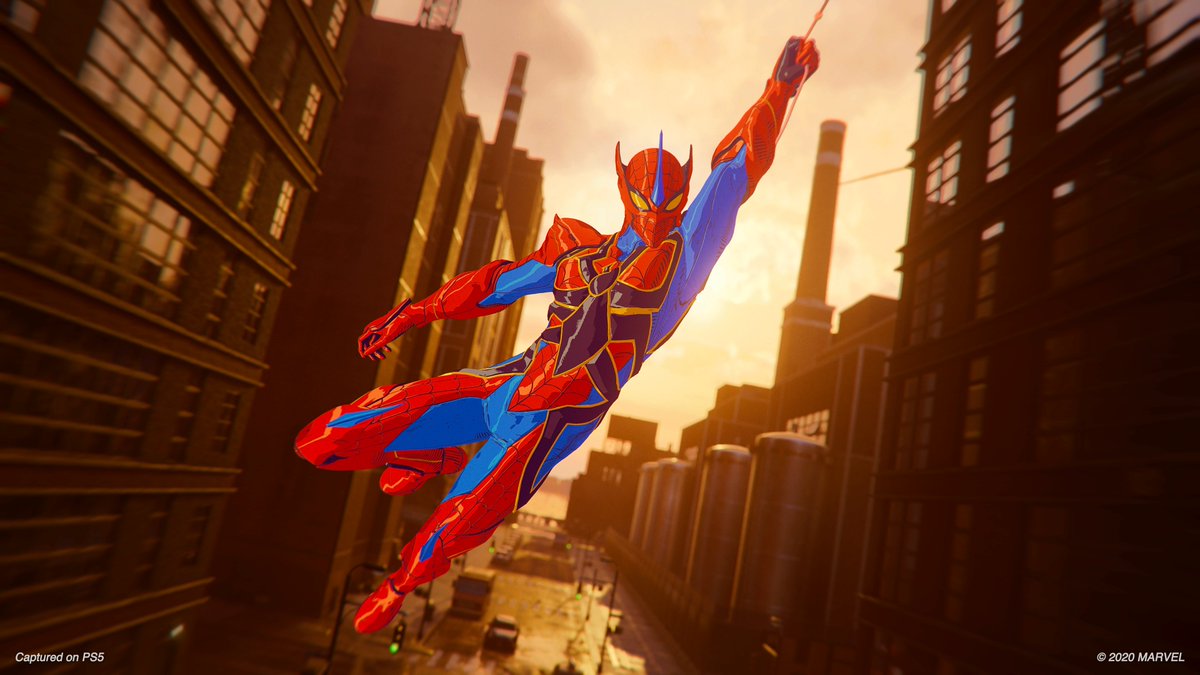 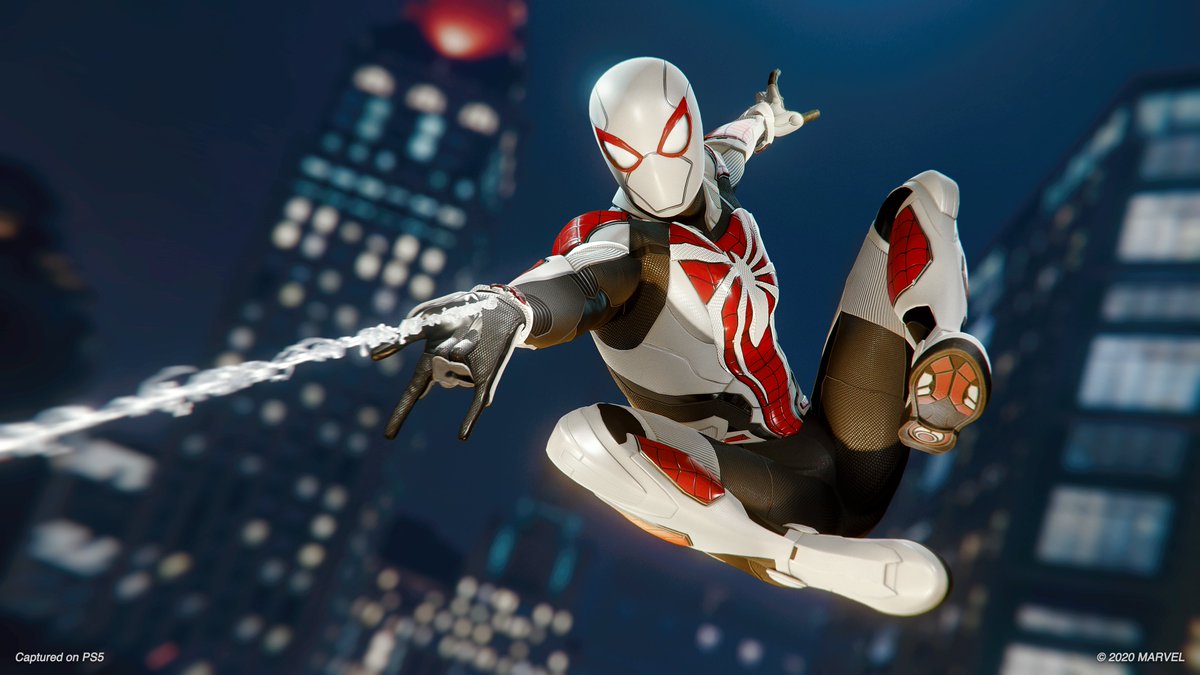 NICE! I may actually get the upgrade then. I just didn’t want to start from scratch again, but a New Game+? Sure.

Overnight we released an update for Marvel’s Spider-Man on PS4 bringing those suits, and the ability to export your save to Marvel’s Spider-Man Remastered. We also updated Remastered to allow import of those exported saves and with many additional fixes (incl. rest mode crash) twitter.com/insomniacgames…

We have heard you - in an upcoming update for #SpiderManPS4, we will add the ability to export your save to Marvel’s Spider-Man Remastered. This update will also add the three new suits from Remastered to the PS4 game. We expect to bring you this update around Thanksgiving. https://t.co/EqoKnto3FV

Also, I just finished the game today and while shorter than the original it’s still awesome. One of my favorites this year. My top 10 is going to be tough. 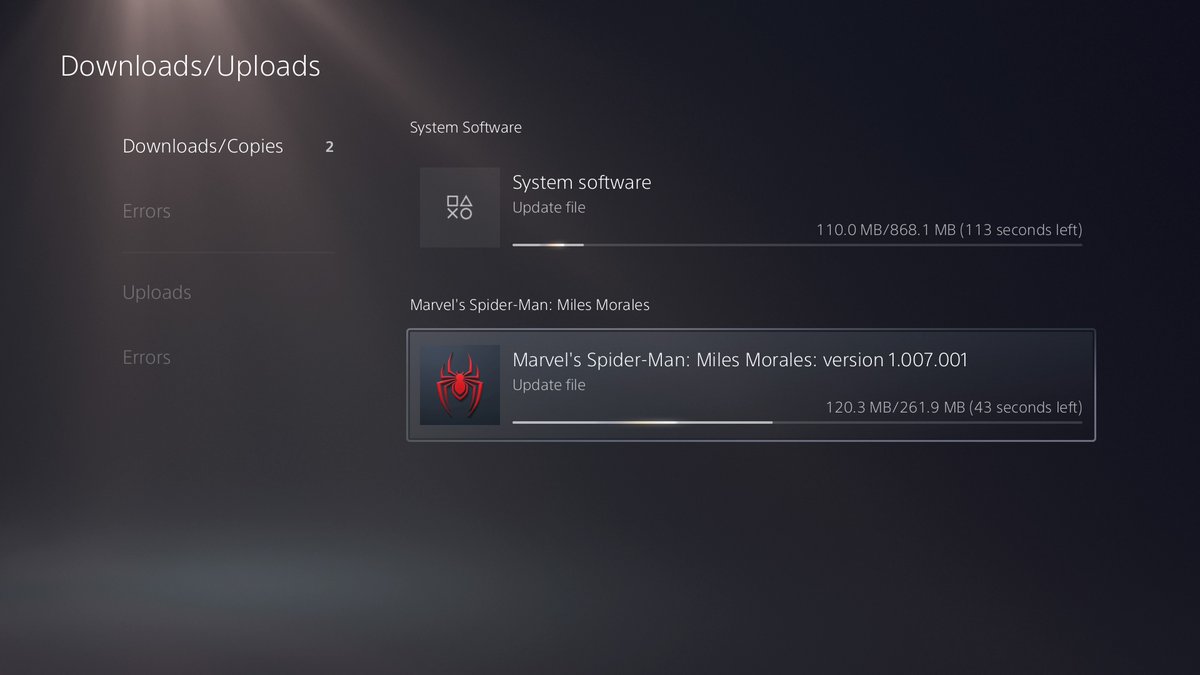 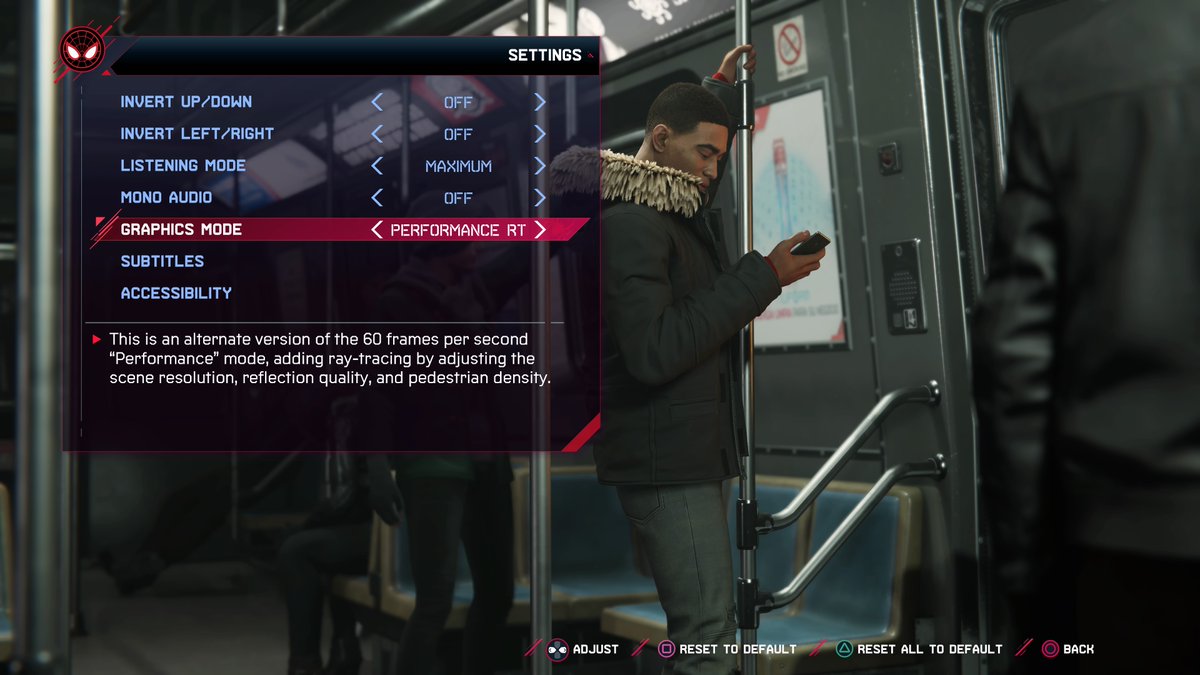 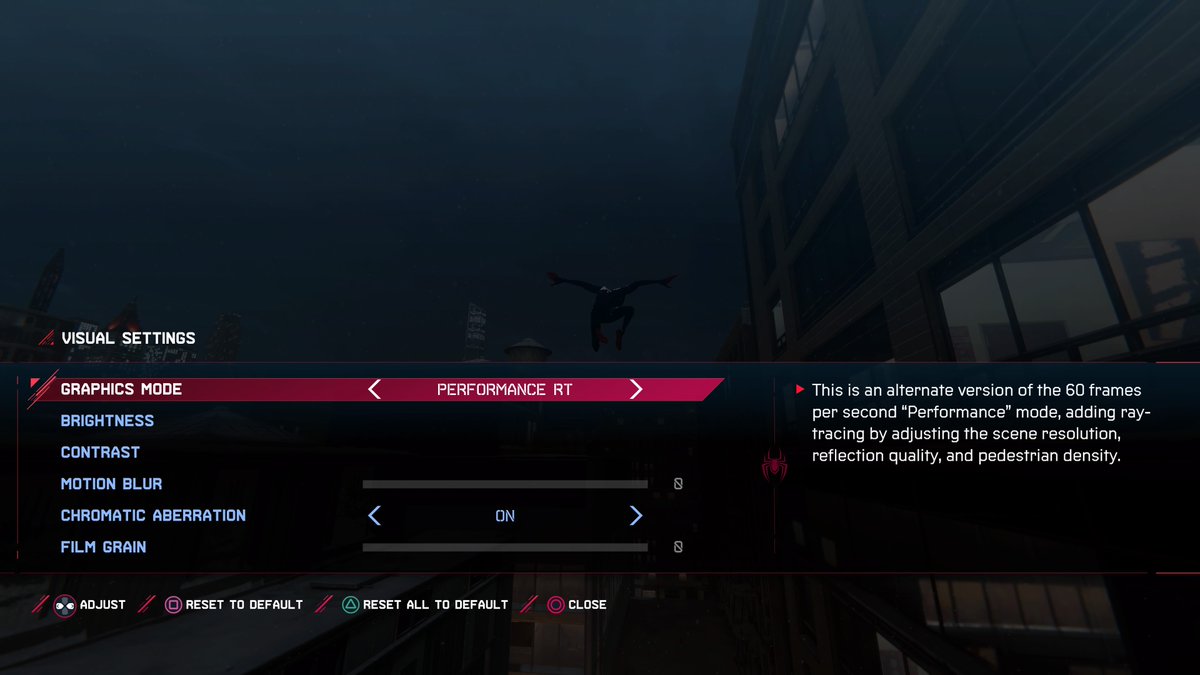 So I beat the game twice AND THEN they add this.