Talking to him is a fine opportunity to see that Guerrilla have tried to make their conversations look more dynamic and engaging. As one of my main complaints of the main game, it’s great to see them address this going forward, perhaps aided by the narrower scope of this expansion – that said, it’s still aiming to be at least 15 hours, with tons of new side quests alongside the main narrative threads. It’s a shame, but entirely understandable that this added polish and refinement is only applicable for the new expansion.

One thing to try and get people to engage more with the side quests are improved rewards, so that you can earn new weapons, gear upgrades and new outfits from completing quests as opposed to simply buying them. Additionally, where certain activities return from the original game, they’ve been given a new twist wherever possible. Encountering a Tallneck in this region doesn’t see Aloy simply trying to climb up to its top, but tasks her with trying to salvage the derelict of a fallen machine that’s being torn apart by machines reclaiming its carcass. You’ll have to defeat or avoid those robots to reach the Tallneck’s head, but once you get there, you’ll need to have found parts to get it working again before you can trigger its region revealing pulse. There are actually a whopping 21 new trinkets to collect here, and they’re split into two sets: Quests and Feats.

I am really tempted to pick up a PS4 Pro with some black friday deal, mostly for this game. And so I can at least have some 4k piece of hardware to go with the TV I will be picking up soon.

That must be one fancy scart switch you have for it. 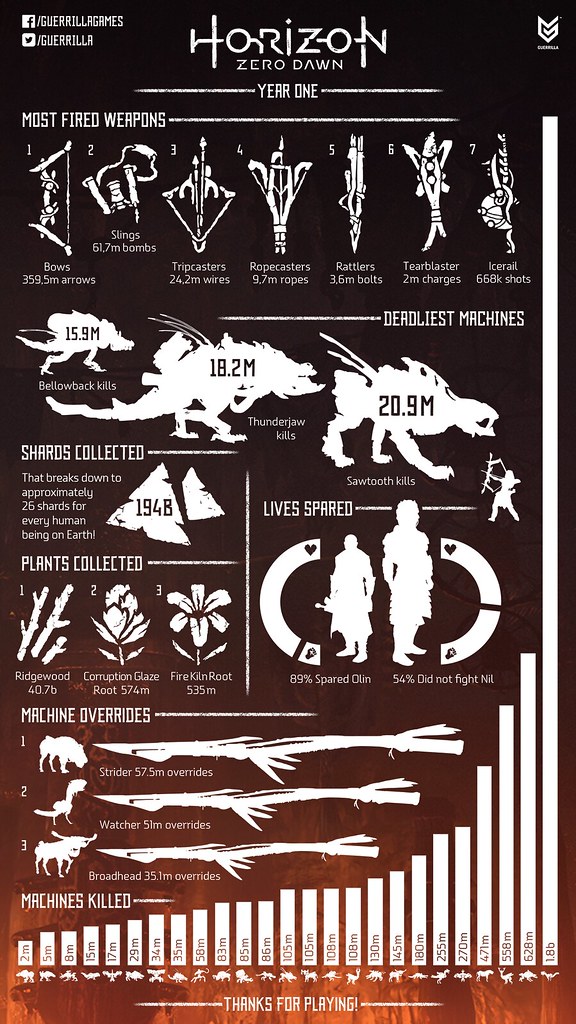 OK, time for some good news: Sony's PS4 exclusive Horizon: Zero Dawn is coming to PC this year, sources tell Kotaku. It's an unprecedented move that may help usher in a platform-agnostic future. kotaku.com/sources-horizo…
← previous page