Do any of you still play this? For some reason I want to say @DarthSmurfX was big in to this at one point, no?

I used to play a lot. A LOT. I haven’t touched it in awhile though. The big selling point of this, though, was that you could have PS3 and PS4 players on the same server. It really helped the game out to have a combined population so the worlds were always full. When this comes out for the XB1 and they have no cross platform, the population will be large at first, as people try it out and then turn into vast ghost towns.

This is the same thing with Rocket League… the PS4 and PC share servers, so there is always a large population of people online. When it comes to the XB1, and not for free, you will have a much harder time finding matches especially a few months after launch.

Another HUGE problem with Free-to-play games in the Xbox ecosystem is that they aren’t truly free-to-play. You need Xbox Live Gold to access them. When I first got my PS4, to save money I didn’t sign up for PS+, nor buy any games. But I had free-to-play titles like DC Universe to play (for months) before I decided to buy inFAMOUS and get PS+ for Resogun. DC Universe was always insanely busy in certain areas of the map due to all the PS3 players not having to pay to play online. This may also hurt the online population.

On the other hand, DC Universe was one of the top games I felt like I was missing out on last gen only owning an Xbox 360. So, at least XB1 users will get a chance to play this title, even if it is quite old. The single player only stuff is fantastic by itself, let alone all of the raids I never really touched.

I really enjoyed it but moved on to other games. It’s not going to “do well” on XB1 though.

Is that going to get you back in?

Probably not, and not because of the game or anything. I just don’t get on that often anymore. But if I get motivated to game more, I’d give it another shot. Now, if FFIVX ever got rid or their sub, I’d be all over that again.

If you check it out, though, don’t judge it on the tutorial/first level thing. The game gets fun once you start getting your powers. I never got tired of flying. And make sure you pick a power you’re really interested in because, unless they change it, you cannot skip that tutorial whenever you create a new character. You’ll get sick of it real quick.

Now that’s cool. That player base will be huge. I may log in just to see what’s changed in a year.

Just in case you own an Xbox One and want to play this game, it launched TODAY! 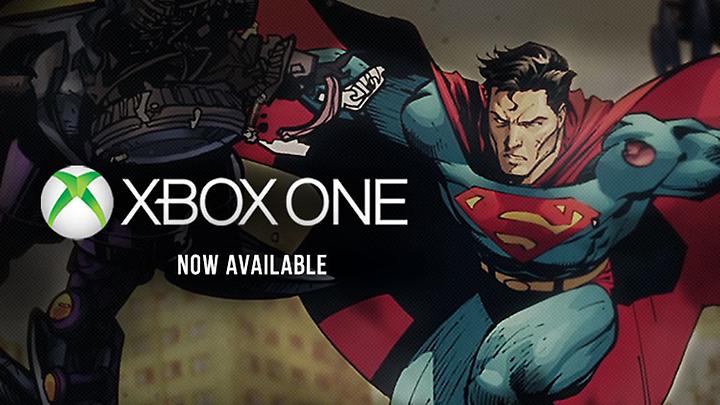 DCUO Launches on Xbox One TODAY!

Get ready to experience DCUO on the Xbox One on Friday, April 29!

Just in case you had any hope of playing with/against PC or PS4/3 gamers, it may never happen and it seems like it’s due to MS policies even though they recently stated they “are open” to cross-platform gaming. Apparently, there is some fine print we are missing.

I had so much dumb fun with LASSIE in this game.

I miss it a bit, it was fun to just pick up the controller and do stupid shit. Never did end-game though.

Earn villainous gear from bosses and encounter time-twisted characters in the latest episode.

I haven’t played this in so long, but this actually sounds really fun. I may have to fire this up and see if I can remember how to fight.